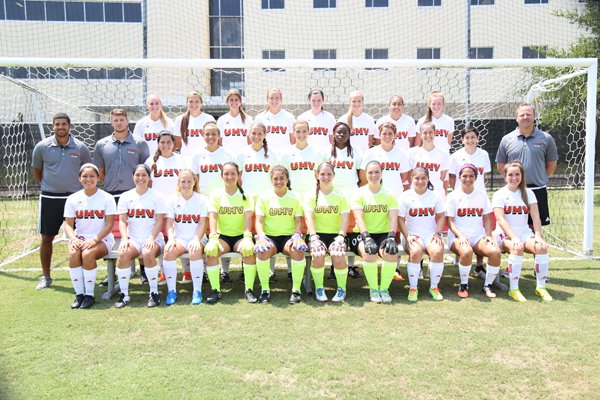 The University of Houston-Victoria women’s soccer team is ranked No. 25 in the NAIA Women’s Soccer Coaches’ Top 25. It’s the first time the program has been ever ranked in the coaches poll.

The University of Houston-Victoria women’s soccer team made school history Tuesday becoming the first UHV soccer team to be ranked in the Top 25.

After just missing the rankings by a single vote a week earlier, the Jaguars broke into the NAIA Women’s Soccer Coaches’ Top 25 at No. 25 on Tuesday.

“It’s always nice to be recognized by your peers, but we have to stay focused on what is in front of us – the start of conference play,” said UHV head soccer coach Adrian Rigby. “This shows just how far our program has come in a short period of time.”

UHV (5-2-1) remains the top-ranked team in the Red River Athletic Conference in this week’s conference rankings. The Jaguars begin conference play on Thursday at Wiley College.

The UHV men failed to receive votes in the NAIA Men’s Soccer coaches Poll, but moved up to the No. 2 spot in the conference rankings behind the University of the Southwest (N.M.).