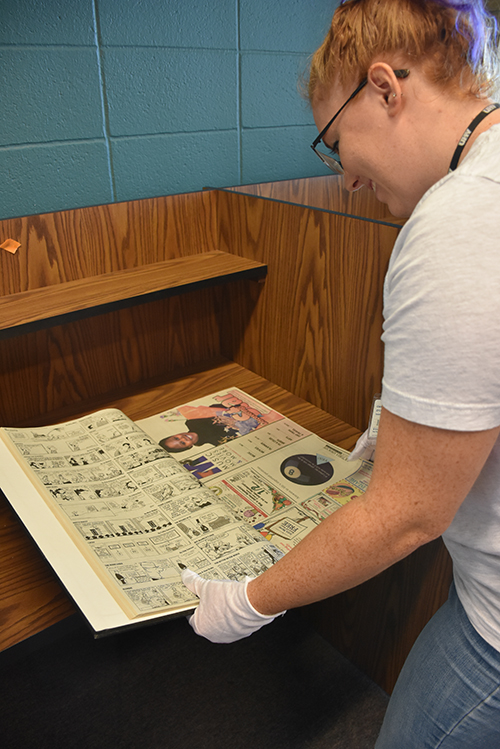 The Victoria Regional History Center, based inside the new University of Houston-Victoria University Commons, now has more than a decade of new photographs and negatives from the Victoria Advocate, as well as bound issues of the newspaper up to 2005.

The Advocate is happy to donate its bound editions and photo archives to the center, said Chris Cobler, editor and publisher. Having the historic documents available at University Commons is a great way to preserve them for future generations while the newspaper prepares to move into its new offices on the 12th floor of the One O’Connor building in downtown Victoria.

“Newspapers provide the first draft of history,” Cobler said. “The Advocate’s history dating back to 1846 – when Texas first became a state – is a treasure that everyone can enjoy and appreciate.”

The new photos span from 1985 to 1999, when the newspaper switched to digital photography. The donation includes negatives and prints. Some of the archive will be housed in the Regional History Center’s office in University Commons, 3006 N. Ben Wilson St., while the rest will be stored in the VC Library.

“These photos and newspapers are an important addition to the center because they are the record of Victoria’s social history,” said Karen Locher, UHV Library interim director. “These will help local researchers in so many ways as they look into the history of our community and the region.”

One of the benefits of the photo archive is that many of the donated photos were not published in the newspaper, said Brittany Rodriguez, special collections librarian for the center. While a photographer at the scene of an event likely will take multiple photos, only one or two will end up published in the newspaper. But the archives include all of the photos taken by Advocate photographers.

“This will come in handy for local historians who want to see pictures as part of their research, even if it has nothing to do with the events being covered,” Rodriguez said. “For example, if someone needs to see a photo of a building, and we know an event like a major fire or a parade took place near that location, we can look up the series of photos and possibly find the building in the background.”

The center also has the newspaper’s back issues available upon request. Issues going back to 1846 are scanned into microfilm, while more recent issues are available in physical copies and bound volumes. The physical issues and volumes are stored in the VC Library, but eventually the collection of photos and newspapers will be moved into the university’s new location at the corner of Airline Road and Laurent Street once the building has been renovated. Center clients who wish to see a specific issue should request it at the history center, and staff will retrieve it from storage.

“Newspaper archives are some of the most popular research resources for local historians,” Rodriguez said. “It’s exciting to add these archives to the center’s collection.”