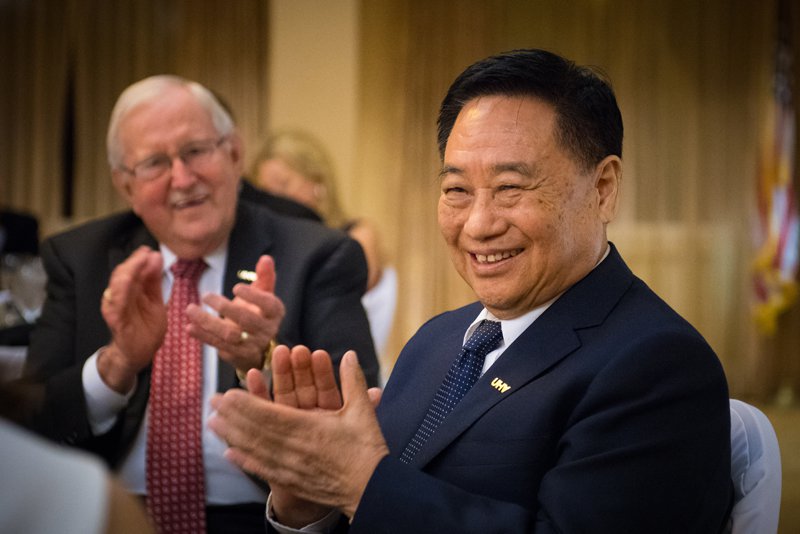 Vic Morgan, left, University of Houston-Victoria president, applauds for Bingxin Wu during a dinner Saturday in honor of the Chinese businessman and his family. Wu was awarded an honorary Doctor of Humane Letters Saturday at UHV’s afternoon commencement ceremony. It was the first honorary doctorate awarded by the university. About 100 people attended the celebration dinner held at the Victoria Country Club. Wu was given a key to the city by Victoria Mayor Paul Polasek. He also received flags flown at the U.S. and Texas Capitols and a proclamation from Victoria County.