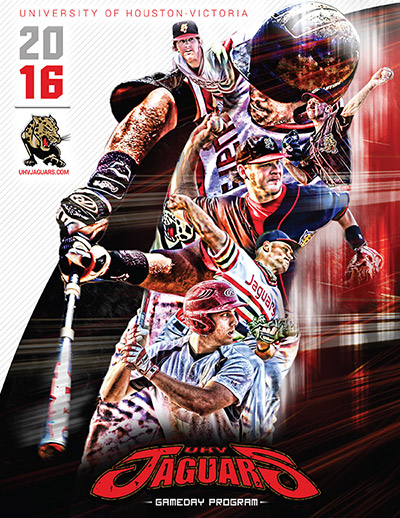 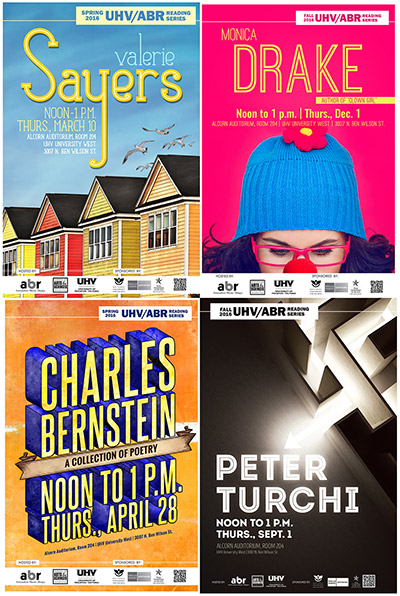 The University of Houston-Victoria was recognized Thursday with four prestigious ADDY Awards for advertising excellence in projects related to 2016 university events.

“I’m proud of our marketing team members because they put so much effort into making sure that our publicity pieces and publications are the best they can be,” said Paula Cobler, director of UHV Marketing & Communications. “That’s one of the reasons I’m pleased that our success was celebrated at the ADDYs. It’s always exciting to receive recognition from our peers in the industry.”

Graphic designers Christopher Perez and Akalina Sanchez won a poster campaign Gold ADDY for the UHV/American Book Review Reading Series. The series was a colorful depiction of books or themes from the authors who came to Victoria to give readings. The posters were on display at UHV and throughout the community in the weeks leading up to the readings.

“The UHV/ABR Reading Series posters are a fun project to design because we get to explain the authors’ literary visions but in a different creative art form,” Perez said.

Sanchez said it’s exciting to be involved in an event that has brought nearly 100 authors to Victoria.

“The reading series is one of the signature events at UHV, so I enjoy getting a chance to be creative in helping promote it,” she said.

Graphic designer George Rodriguez won a Gold ADDY in publication cover design for the UHV 2016 baseball Game Day Program. The cover featured a montage of Jaguar baseball players. It was on sale at UHV baseball games throughout the season.

“I wanted to use a design approach that pushed the envelope,” Rodriguez said. “When I started looking closely at the baseball photos, I realized by combining the players into a montage I could create an effect that would illustrate an eye-catching cover.”

The ADDYs are the advertising industry’s largest and most representative competition for creative excellence. The awards are determined by judges based on their professional opinions of the quality of work in that category. A certain set of criteria must be met for an entry to receive each level of award.